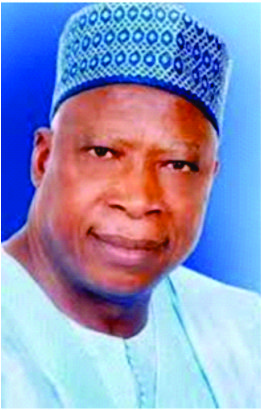 THE Chairman, Senate Committee on Agriculture, Sen. Abdullahi Adamu in a recent interview in Abuja, has called for the certainty of the sufficiency in rice production by Nigerian farmers if the ban on rice importation is to make any meaning, as the current level of rice production was not commensurate with its teeming population.
Adamu who said ban on importation of rice would be sustainable if certain factors were properly addressed, including the issue of supply and demand and accurate census of the population, stressed that Nigeria has more than 170 million people: the fact is that we are not producing enough to feed this population.
Adamu questioned that what is inhibiting our capacity to stop importation is the issue of supply and demand and unfortunately we don’t have enough of what we want. He, however, said that the ban on the importation of food crops would go a long way in stimulating the indigenous farmers to increase their level of production of the banned items for improved earnings.
Adamu who was also at a time the President of All Farmers Association of Nigeria (AFAN) further said that rice importation was in a way increasing unemployment and inducing more losses for Nigerian farmers, noted that those who are into the business of importing, they will do anything to make sure that the import regime continues because that is how they make their money.
Meanwhile, the South-West Zonal Coordinator of the Rice Farmers Association of Nigeria (RIFAN), Mr Segun Atho recenlty urged the Federal Government and research institutions to provide hybrid seeds for rice farmers to boost paddy production for rice millers. He added that the provision of hybrid seeds would boost the production of paddy.
Presently, farmers are producing about three metric tons per hectare annually, but the group want to increase it to 10 metric tons per hectare, by the year 2020, Atho ascertains, Nigeria will be able to produce rice sufficiently and also make progress in rice production (milling), packaging and marketing and even for export.
Atho, however, urged government not to concentrate on large scale farmers alone, but also small scale farmers, adding that when small scale farmers are assisted, they can evolve into commercial farmers.