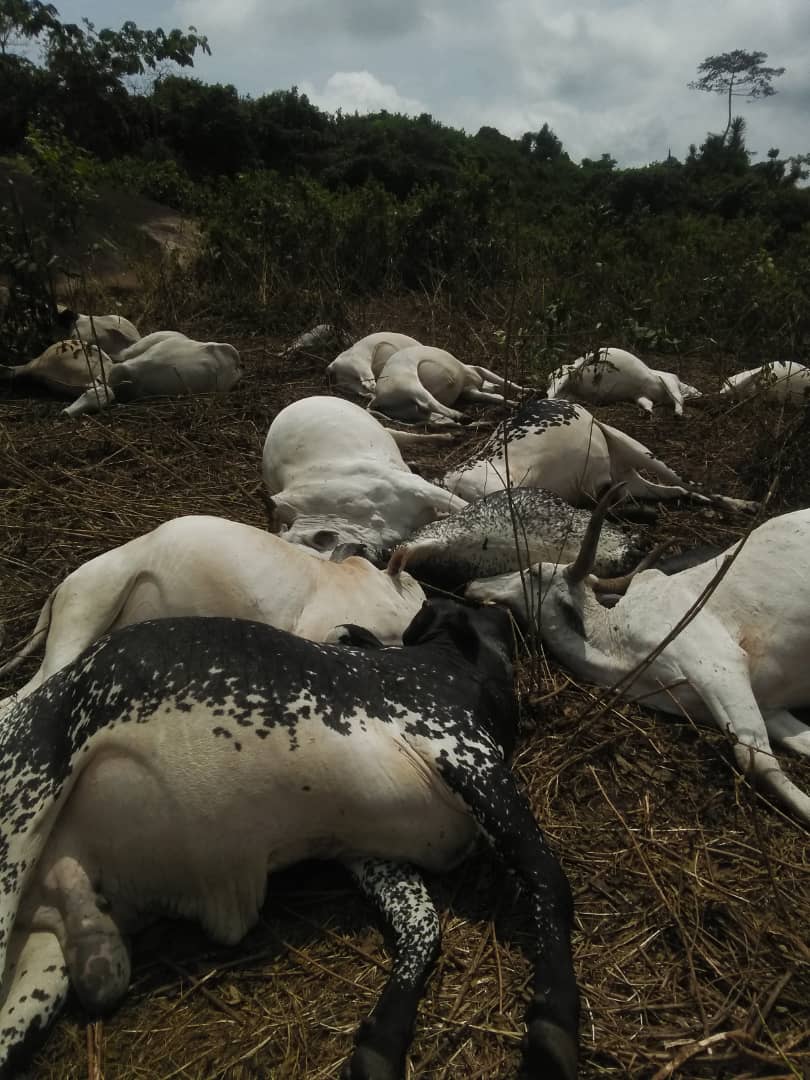 It was a scene of tragedy when thunderstorm struck over 36 cows to death in Ondo State.The 36 cows identified to be owned by Fulani herdsmen were sad to be struck to death by thunderstorm at Oke-Owa Mountain in Ijare community, Ifedore Local Government Area, Ondo State.

National Daily learned that the cows were struck to death by thunderstorm on Saturday night; they were said to have all died immediately.

The cows were said to have died for desecrating the mountain where sacrifice is made every year.

It was said that the herdsmen reported the incident to the traditional ruler of the community after the unfortunate thunderstorm.

The traditional ruler, Olujare of Ijare, Oba Adebamigbe, was said to always be accompanied by chiefs to carry out yearly sacrifice at the mountain; which was said to be a secluded place for the monarch.

Buhari departs for US to attend 74th UN General Assembly