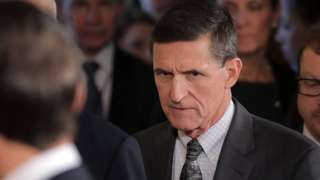 There is a twist in the United States security hierarchy as the National Security Adviser, Michael Flynn to President Donald Trump, has resigned over links with Russia.

It was gathered that Mr Flynn was alleged to have had discussions with the Russia Ambassador about US sanctions with the country before President Trump was sworn into office.

Transcripts of intercepted calls between Flynn and Russian ambassador to the US, Sergey Kislyev, as described by US officials to various news outlets, showed the two had discussed sanctions ahead of Trump’s inauguration, when Flynn was part of the transition team but not in post as national security adviser.

In his letter of resignation he transmitted to the White House, the NSA said he had “inadvertently briefed the vice-president-elect and others with incomplete information regarding my phone calls with the Russian ambassador”.

In his place on interim bases, Lt Gen Joseph Keith Kellogg has been appointed until a new person is appointed. He has been working in the National Security Council office.

Reports have it that Mr Flynn, who retired as Lieutenant General in the United States Army, denied having such discussions with  Ambassador Sergei Kislyak, the Russia ambassador.

His position was said to have been re-echoed by the Vice-President Mike Pence as he publicly denied the allegations on his behalf. However, Mr Flynn was said to have later told the White House that sanctions may have been discussed with the ambassador.

Flynn was said to have misled officials about the conversation hence he had to quit the position.

Michael Flynn was appointed in January by Donald Trump as the National Security Adviser. He serves as his chief adviser on international affairs and defence matters.

There are indications that David Petraeus might replace Flynn. 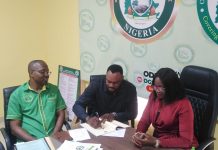