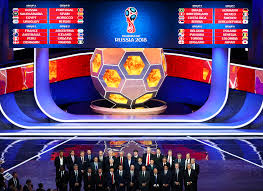 You have probably heard of him; he scored 44 goals for Liverpool last season as they finished fourth and reached the Champions League final. And he may or may not be fit for the opening games of the World Cup. Curse you, Sergio Ramos (not really, it was clearly a freak accident).

You may have heard of him; he was strongly linked with a move to West Ham in January. He was the Russian Premier League top scorer for two consecutive seasons with Krasnodar before he was usurped by Quincy Promes.

“It was agreed with Manchester United for Mohammed Al-Sahlawi to join for a training programme for three weeks, may God benefit him,” said the Saudi Arabian football authorities in March. We’re not sure whether ‘God’ is Jose Mourinho in this particular scenario. Anyway, the 31-year-old scored ten goals in 19 league games for Al-Nassr this season.

With Luis Suarez in the No. 9 shirt and Edinson Cavani wearing 21, the coveted No. 10 shirt is taken by a player who actually only played a cameo role in qualifying. The 24-year-old plays largely from the left for Brazilian side Cruzeiro.

In January 2012, FIFA named Ansarifard as one of the players to watch that year, along with Thiago Alcantara, Julian Draxler and, erm, Junior Hoilett. He never quite reached the heights of legendary Iranian No. 10 Ali Daei but he has just scored 17 goals in 25 Greek games for Olympiakos. He will play behind striker Sardar Azmoun in Russia, mind.

Cast your minds back to the summer of 2013 and Belhanda was linked with Manchester United, Arsenal, Tottenham and Aston Villa. He joined Dynamo Kiev instead and finally escaped Ukraine in 2017 for Galatasaray, taking Wesley Sneijder’s No. 10 shirt. His talent has never been in doubt but if we tell you that he has just scored his first international goal in five years, you might get the message that consistency has been in short supply.

The only man on this list who ended the season on loan at West Ham. After his move to Inter Milan went sour, the midfielder needed regular football and the Hammers were happy to help. Generally plays from the left for Portugal. Yet to copyright JM10.

We feel a bit cheated that Thiago is Spain’s No. 10 when David Silva is in the squad. He is a brilliant midfielder but he is very much a central midfielder for Spain. For illustration, he sat behind Koke, Andres Iniesta, Marco Asensio, Isco and Diego Costa in their recent 6-1 win over Argentina.

A not-quite player who seems to have finally found his level in the second flight of German football with VfL Bochum. The standard of the Australian national team is such that Kruse retains his place in the team, starting their recent 4-0 win over the Czech Republic from the left wing.

A truly, truly excellent footballer who was one of only five Premier League players to reach double figures for both goals and assists last season. Fortunately for him, there is no Harry Kane to nab the No. 10 shirt for Denmark.

There were many, many candidates for the French No. 10 shirt occupied by Zinedine Zidane at France 98. But such is the brilliance of the inexplicably still-teenaged Kylian Mbappe that he gets the nod. Well he has scored twice and claimed five assists in his last six games for France.

Yes, that Jefferson Farfan. He is now 33 and very, very happy to finally be at a World Cup. Oh and ‘Lokomotiv Moscow’ is the answer your next question.

“Football owes a World Cup to Messi.” This is probably his last chance. He comes into the tournament in terrible form having scored just 34 goals in 36 La Liga games.

Interestingly, Luka Modric has been playing as an actual No. 10 for Croatia; you can do that when you have Ivan Rakitic and Mateo Kovacic.

The man. The talisman. The Iceman. Returned to action after three months of knee crockage with a goal against Norway and the nation rejoiced. There really is a great set of No. 10s in Group C.

What were we saying? Captain Mikel is now plying his trade in China for Tianjin TEDA that does not stop him being the heartbeat of the Nigerian side. And yes, he does play further forward for Nigeria; you can do that when you have Wilfred Ndidi.

Again, there were quite a few candidates. But pity the fool who tries to tell Neymar that Philippe Coutinho, Roberto Firmino, Gabriel Jesus or Willian should have the shirt instead. He is the world’s most expensive player, after all.

Costa Rica’s captain and inspiration will forever be a ‘Fulham flop’ on these shores. In reality, he re-established himself in Sporting’s line-up at the end of last season as they reached the Europa League quarter-finals.

The scorer of four goals and creator of seven more in World Cup qualifying, the Southampton midfielder remains Serbia’s great hope for inspiration.

We just assumed this would be Xherdan Shaqiri, until we remembered that he is exactly the kind of player who would insist on No. 23. But we cannot make this clear enough: Defensive midfielders should not be No. 10s, even if they do insist on shooting from 35 yards at least once per half.

The archetypal infuriating No. 10 but he is truly adored by Joachim Low. Ozil comes into this tournament with just one Premier League assist since January; there is a lot of pressure to deliver more than the discarded Leroy Sane. Just ask Martin Keown.

Sorry, did we say that Ozil is the archetypal infuriating No. 10? Dos Santos scored the only goal to beat Scotland last week but it was his first international goal since 2016. Currently paying for LA Galaxy after giving up on a disappointing tour of Europe.

Oooh, a wildcard. He is only 20 and he marked his South Korean debut with an assist against Honduras just last month. Recently relegated with Hellas Verona but Barcelona have a buy-back clause that they may well exercise this summer if he excels in Russia.

Described as the anti-Zlatan because he is a tad, well, dull, Forsberg is Sweden’s left-sided midfielder charged with making them a tad more interesting. He has had a season to forget for RB Leipzig, with injury, suspension and poor form restricting him to just 15 Bundesliga starts.

Another one of those countries who could have given their No. 10 shirt to about five brilliant Belgians (and Marouane Fellaini) but instead chose Hazard, who scored six goals and notched five assists in qualifying. It is just a shame they are managed by Roberto Martinez.

One of those five players who reached double figures for goals and assists in the Premier League last season. The bad news is not that he has a tattoo but that he has not scored for England since 2015.

Just 21 and playing in Spain’s second tier, he has started only four games for Panama – largely from the left wing – so seems an odd choice for the No. 10 shirt.

Still owned by Sunderland but we are not expecting to see too much of him in League One next season. Scored nine goals in Ligue Un for Rennes on loan last season and remains Tunisia’s only real goal threat.

Revelation: There are quite a lot of good players at this World Cup. One of them is James Rodriguez, who was excellent in a 3-2 win over France in March. He has been pretty good for Bayern this season on loan, scoring seven and assisting 11 in their Bundesliga triumph.

He ‘flopped’ in England but he is Japan’s hero again after being recalled by new coach Akira Nishino. Presumably had to fight Keisuke Honda for the No. 10 shirt; the loser got No. 4.

By any stretch of the imagination, he should not be a No. 10. And not just because he was relegated with West Brom.

The star of this Senegalese team, which is odd because it also boasts Mame Biram Diouf, Diafra Sakho and Moussa Sow. He was excellent in the Champions League final, by the way.

Share this on WhatsApp
Related Topics:2018 FIFA World Cup
Up Next

Not good enough for EPL, but okay for World Cup

List of your darling sport stars who love to bet, gamble