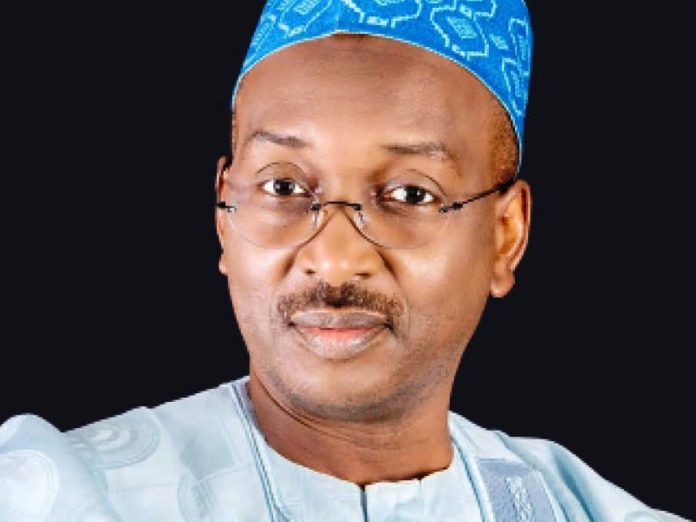 The Director General of the Progressives Governors’ Forum, Salihu Lukman, has cautioned leaders of the ruling All Progressives Congress (APC) to return to the negotiation table as the party leaders did in 2013, to forestall deepen disunity in the party. He noted that the 2013 negotiations and consensus budding were done carefully and skillfully, adding that that is what the party needs to resolve the controversies over the demand for power shift to the south in 2023.

Salihu had in a statement recalled that as APC emerged in 2013, the leaders skillfully handled negotiations based on strategic consideration of winning the votes of Nigerians. This, he said, culminated in the emergence of President Muhammadu Buhari in the 2015 presidential election.  he advocated that APC should be setting the right standards for Nigerian politics that would promote national unity.

The APC Governors Forum DG also recommended review of the APC manifesto towards national unity in the ongoing rebuilding of the party.

According to Salihu: “Integral to the campaign for national unity is the issue of how the party intend to handle negotiation for the emergence of the standard bearer for 2023 elections.

“In many respects, these are issues that should be handled internally within the structures of the party with all the confidence that principles of justice, equity and fairness can be achieved.

“Inability of Nigerian politics to facilitate political negotiations and consensus building is responsible for the current difficulties facing all the geo-political zones of the country. The big question is whether the contest for leadership of the country in 2023 will prioritise processes of national consensus building through negotiations and agreement.

The PGF DG also advocated that in addition to deciding the region that will produces the successor to President Buhari, the party should specify the commitment of the post-2023 Nigerian President agenda for regional developments of both the region he/she represents and the other five regions? The DG noted lack of consciousness for unity is responsible for the insecurity in Nigeria and secessionist agitations undermining the state machinery.

Salihu declared: “Nigeria is experiencing secessionist agitations from two groups from two sections of the country – Nnamdi Kanu’s group in the South-East and Sunday Igboho’s in the South-West. These are agitations, which have assumed the forms of civil disobedience and in the case of Nnamdi Kanu’s group in South-East, it has graduated to rebellion against the Nigerian state, resulting in attacks on police stations, kidnappings and killings of security personnel and other functionaries of government as well as destruction of government structures.

“With the Boko Haram insurgency in the North-East, which has dragged for over ten years now and the unfortunate loss of thousands of lives, destruction of both public and private properties, the recent secessionist agitations of Nnamdi Kano and Sunday Igboho require effective and efficient responses to maintain Nigeria as a united country.”