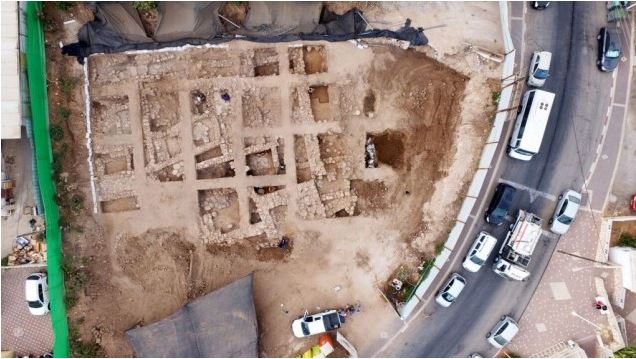 The Israeli Antiquities Authority said a 3,400-year old Canaanite fortress was unearthed in northern Israel by chance, during the construction of a residential building.

The authority said in a statement on Thursday in Jerusalem that the remains, discovered in central Nahariya, Israel’s northernmost city, was built by Canaanite people, who lived in the second millennium BC in the Levant.
The researchers said the remains would be incorporated in a high-rise apartment tower that is being built at the site, to allow continuous conservation of some of the remains for the benefit of the public.
Nimrod Getzov, Director of the Excavation, said the citadel was used as an administrative center that served the mariners who sailed along the Mediterranean coast some 3,400 years ago.
He noted that there was probably a dock alongside the building.
Getzov said numerous artifacts were discovered in its rooms, including ceramic figurines in form of humans and animals and bronze weapons.
He added that others were imported pottery vessels that attest to the extensive commercial and cultural relations that existed at that time with Cyprus and the rest of the lands in the Mediterranean basin.
Getzov said the team found evidence that the citadel was destroyed at least four times by an intense conflagration, and each time it was rebuilt.
“An abundance of cereal, legumes and grape seeds were found in the burnt layers, which are indicative of the provisions the sailors would purchase.
Share this on WhatsApp