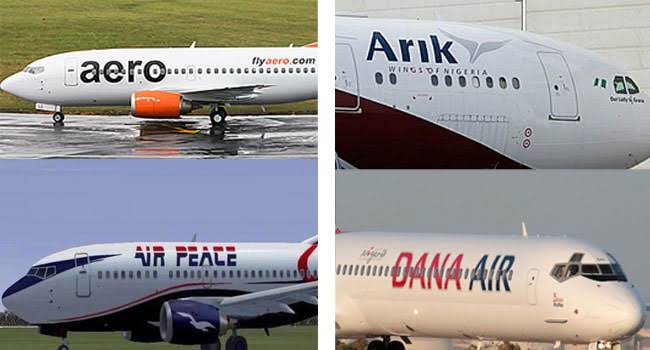 Arik Air, Aero Contractors and five others have suspended flight operations within the country few days after the Nigerian Civil Aviation Authority (NCAA) announced the closure of all international airports in the country as a precautionary measure.

Others are Air Peace, Dana Air and two others.

Arik Air announced that it would suspend all scheduled commercial flight operations with effect from 11 pm on Friday, March 27, 2020.

This was announced in a statement released by the airline’s Chief Executive Officer (CEO), Captain Roy Ilegbodu. The airline’s boss said that the decision was taken to reduce the risk of the spread of the Coronavirus (COVID-19) amongst its customers and staff.

The airline also noted that customers, who have confirmed tickets can still use their tickets when operations resume, just as it pointed out that it hoped to resume operations as soon as the situation gets better.

The CEO stated in the statement that, “Such tickets can be modified at no extra charge,”

“Your safety and well-being is paramount at this period of health emergency. We implore everyone to keep safe and abide by all directives issued by governmental authorities.”

“We regret any inconveniences this may have caused you.

Also, Dana Air announced that it was suspending flight operations from Wednesday, March 25, 2020, for 2 weeks.

In a statement released, the airline said, ’’In line with the precautionary measures by the Lagos State government to stem the spread of the COVID-19, kindly note that all our flight operations will be suspended effective Wednesday, the 25th of March for two weeks,”

In the same vein, Aero Contractors has announced that with effect from Thursday, March 26, 2020, it would suspend flight operations for 14 days in line with the exigencies of the Coronavirus disease.

The airline expressed regrets over any inconveniences caused to its customers as the safety of passengers and staff remain their focus.

Air peace had earlier announced the suspension of flight operations.  The company, in its statement, said that it would suspend its operations with effect from Friday, March 27, 2020. The airline noted that the suspension was done in the best interest of the nation, passengers and the entire workforce.

Part of the statement from the airline says: “This difficult decision was reached in order to support the efforts of the Federal Government and other stakeholders in curbing the spread of this virus in our nation, while also protecting our esteemed passengers and staff from becoming victims of the pandemic.” 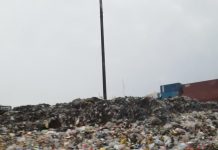