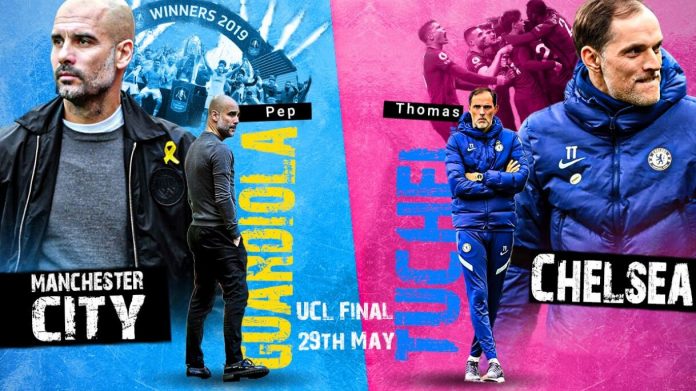 He is already one of only two managers to have got the better of Pep Guardiola in three successive matches – so how telling will it be if Thomas Tuchel can rack up four wins in a row when Chelsea host Manchester City on Saturday?

Tuchel’s last triumph, in the Champions League final, was by far the most significant of those successes, and came after some so-called over-thinking by his opposite number saw him tinker with the tactics that had just delivered his latest Premier League title.

So, what has Guardiola got up his sleeve this time? And, with Chelsea top of the table and already looking in formidable form, how important is it for him and Manchester City that he gets this one right?

READ ALSO: Nobody wants to play against Chelsea, Atletico Madrid manager opens up

“It’s all everyone at City is talking about,” says their former midfielder Michael Brown, who will be at Stamford Bridge for Radio 5 live.

“I was working at their Carabao Cup win over Wycombe at Etihad Stadium on Wednesday and, whether it was fans, other ex-players or people in general, they were all saying ‘what will Pep do at the weekend and will it be something different again?’

Tuchel is not yet the same-sized scalp as the Spaniard, but his approach on Saturday will also be under some scrutiny. After all, he has done little wrong since arriving in England in January and, after conquering Europe, his team are currently top of the domestic table.

“The most interesting thing for me about Tuchel this season is that I think he is dumping the 3-4-3 system that got Chelsea to the Champions League final and won him that game,” says former Chelsea winger and BBC pundit Pat Nevin.

“They have started to look more like a 3-5-2 shape, with either Kai Havertz or Timo Werner getting much closer to Romelu Lukaku. Boy does it work well when you have got N’Golo Kante, Jorginho and Mateo Kovacic behind them in midfield.

“Tuchel and Guardiola are basically the best two tactical operators in the game right now when it comes to reading a game, reacting to what is happening and affecting it.

“But he is up against Pep again now and that is a game of chess above all others. He won the last one but, to be fair, Guardiola knocked his own queen over at the start with his team selection that day.

Tuchel still trails 4-3 in head-to-head meetings with Guardiola but his recent run is only one of the reasons the fear factor in these games may have diminished – he has some inside knowledge too.

A false nine is among Guardiola’s options on Saturday but he did something different each time he took on Tuchel last season, without finding a winning formula.

While he rested players in the FA Cup semi-final and changed his formation from 4-3-3 to 3-5-2 when they met in the league, his most infamous tweak came in Porto, on the biggest stage of all.

Trying to find a way to break down a Chelsea team that, like now, gives very little away, Guardiola decided not to use a holding midfielder in the Champions League final.