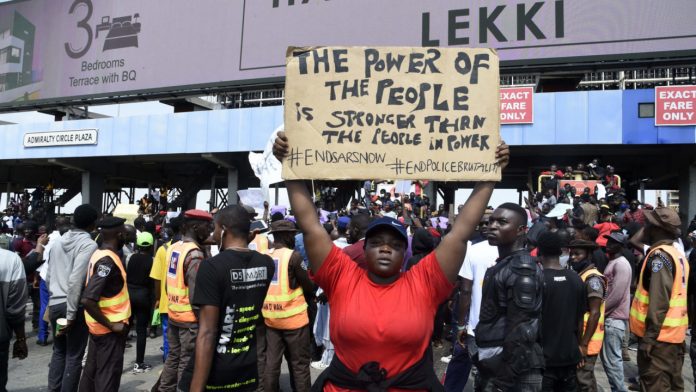 In receipt of reports from judicial panels regarding EndSARS protests set up in 28 States across the country and in the FCT, the National Economic Council have resolved that payment of compensation to victims should proceed with each State, in collaboration with the Federal Government, establishing the modalities for the settlement of all monetary compensations awarded by the panels.

It may be recalled that following the October 2020 #EndSARS protests, which later transformed into violent demonstrations, in furtherance of resolution of NEC, twenty-eight States and the Federal Capital Territory (FCT) (under the auspices of the National Human Rights Commission) had set up Judicial Panels/Commissions of Inquiry (Panels) to investigate allegations of violations of human rights levied against members of the Nigeria Police Force and other security agencies, especially members of the disbanded Special Anti-Robbery Squad (SARS).

At its meeting today, 15th October 2021, the National Economic Council which is composed of all State Governors in the Federation, representatives of the FG, and chaired by Vice President Yemi Osinbajo, SAN, also unanimously resolved to ensure the prosecution of persons indicted by the panels.

The Council specifically directed States “to immediately forward copies of final reports of the panels to their Attorneys-General for prompt arraignment and prosecution of all indicted persons.

“Where incidents in the reports relate to matters of discipline, in addition to prosecution, NEC urged the Nigeria Police Force to take disciplinary action on the affected officers in line with the provisions of the Police Act 2020.”

Also rising from today’s NEC meeting, members strongly advised those planning protests to mark the anniversary of the ENDSARS to reconsider the option in view of “current security situation across the country and the possibility of such protests being hijacked by armed hoodlums and other opportunistic criminals to cause mayhem at such protest events and venues.”