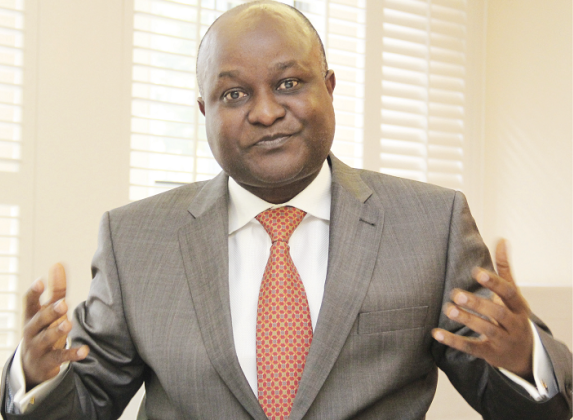 Nigerians have been advised to invest more in the governance of the country by asking questions, and making sure they participate fully in every legislations before being passed into laws.

Tunde Lemo, a former deputy governor of the Central Bank of Nigeria (CBN), gave the advised at a national workshop organised by the Yaba College of Technology Alumni Association to mark the 70th anniversary of the institution in Lagos.

Lemo, nominee for the Chairman of board of Federal Road Maintenance Agency (FERMA) was the keynote speaker and chairman, panel of discussants at the workshop with the theme, ‘Business Financing in a growing Economy.’

He said many laws had been passed to regulate the SMEs and other business, only for players in the sectors to later come out and condemned the laws, claiming they had no input in the laws.

“Before these laws came into being, the National Assembly, I’m sure published the proceedings, even calling on people to send their inputs. But as usual, people remained complacent, until the act becomes law,” Lemo explained.

According to him, Nigerians must participate fully in all the activities of governance, right from political campaigns to when those they voted for assumed office, by this, Lemo argued they would be able to hold them accountable.

Speaking on the topic, Financing SMEs: Impact on job creation and economic growth, one of the discussants, Abdul Waheed Muhammed, who stood in for the Managing Director, Bank of Industries said world over, SMEs are recognised as drivers of economic growth.

Muhammed asserted that the management of the bank understood the key role played by SMEs, and therefore has been helping them to grow their businesses through loan supports and expert advices.

He said BOI loan support to SMEs sub-sector starts from N5 million. However, loans below N5 million are provided on the bank’s matching fund platform which is operated in collaboration with various state governments and on its Bottom of the Pyramid (BOP) scheme which is operated through MicroFinance Banks.

In his argument, another discussant, Osiniyi Osibemekun, MD of Jackal Ventures Group who spoke on the topic; Economic Policy effects on business development for economic growth: key stakeholders role’ advices young entrepreneurs to discover their talents, market the talents and remained focused.

According to him, most banks are not ready to give loans to upstart, and that even if they did, the requirements are always too stringent to meet. He therefore advices them to first discover their talents, market the talents and use the proceeds to establish their dream projects.

In his own remark, President, Yaba College of Technology Alumni Association, Pastor Femi Martins said the aim of the workshop, aside from celebrating the 70th anniversary of Yaba Tech, will also help set agenda for some issues troubling the nation.

According to him, Nigeria’s educational sector has deteriorated. He said getting good jobs after paying so much to acquire certificates has also remained dilemma, hence the need to mentor students on how to set up a business of their own.