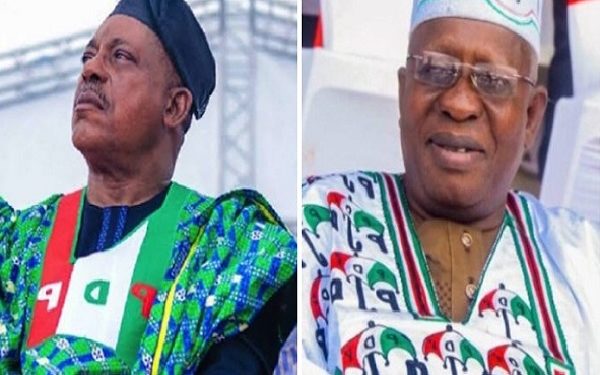 The tension over threats to the National Convention of the Peoples Democratic Party (PDP) on October 30 and 31, has been doused by the PDP Acting National Chairman, Yemi Akinwunmi, who rebuffed former PDP National Chairman, Prince Uche Secondus, over plots to obstruct the convention for the election of new principal officers and members of the PDP National Working Committee (NWC).

Fortunately, the Court of Appeal on Tuesday threw out the appeal to halt the suspension of Secondus from the PDP, laying the matter to rest.

Akinwoumi had promptly rebuffed the lawyer toPrince Uche Secondus: “The letter you are referring to, I’ve not seen it, but I can answer your question without seeing the letter.

“The convention is a property of the PDP. We have been planning for it and we have almost gotten to the peak of it now.

“No individual can stop it. “We will resist it; it will be resisted by the PDP as a body.

“So, no amount of threat can make us make a u-turn.”

The three-man panel of justices at the Court of Appeal sitting in Port Harcourt, Rivers State, led by Justice Haruna Tsammani, had on Tuesday struck out the suit challenging the suspension of Secondus by the PDP in Rivers State.

Counsel to the PDP, Sunday Ameh, told the court that after studying the processes, he did not find the need to continue with the application.

The appeal court, however, adjourned hearing on the application seeking to stop the PDP National Convention on Saturday, October 30, and Sunday, October 31 in Abuja, to 12.00noon on Thursday.