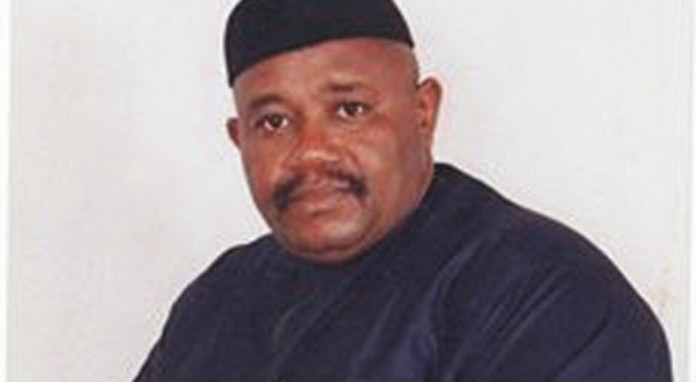 WHAT is your response to insinuations that you dismantled your political structure after losing the governorship election and have been having secret romance with your brother, Governor Okezie Ikpeazu, of the Peoples Democratic Party (PDP)?
That is just malicious and baseless rumour of the year. If you know the man called Nyerere Chinenye Anyim, I don’t spit out and lick it again. I don’t have any business to eat with the devil, even with a long spoon because the food is already contaminated. So, to say that I am having a secret romance with the PDP is not only an insult but a misnomer to the ears. At my age, I don’t need to do anything like hide and seek game. If I want to join PDP, I will come out openly and boldly to join the party. But I am not behaving like other politicians because I have my integrity to protect. If it is the issue of going to join PDP, I rather quit politics than join PDP. Governor Okezie Ikpeazu is from the same Local Government with me. I don’t play evil politics of acrimony where you see your brother because of political party difference you avoid him; you don’t even greet him or her. That is not good politics but politics with bitterness. It is on record that I have not gone to Dr. Okezie Ikpeazu, but till tomorrow, Governor Okezie Ikpeazu remains my own brother, politics or no politics.

After the 2015 general election, your party seems not to be on ground in Abia State. Is there any hope that APC will capture power in Abia come 2019 election?
The issue of being on ground is something I want you to really look at very well. I don’t know from what angle you are coming from? What do you mean by APC not being on ground? Is it that we do not exist? After the election, we moved from smaller office to bigger office located along the Mission Hill Umuahia. For your information, all the APC structure in the 17 Local Government Areas is being oiled. All the wards structure in the 184 council wards in the state is having their regular meeting. I could remember on two or three occasions, at the zonal level meetings are going on at the Local Government Area meetings are also going on but there is one thing are want you to differentiate APC are not noise makers we are objecting in the doing things that we lost 2015 election in Abia does not mean that we are not focus I have said it in several occasions that what was announced in the last election was a result written in a room. So you cannot use it to judge us. We are not shouting when it is not necessary because it does not mean we are not in existence. The Public Relations Officer of APC in few days ago told PDP that the way they came in the office is also the way their will go in 2019 and we mean it is not about noise making you find out that in the last election nobody have the vision of APC in Abia State no party including PDP I stand to be corrected and I challenge any of the party even PDP in Abia they do not campaign better than APC all they did was to rigging the election and put themselves in the office.

You said your party moved from smaller to bigger office along Mission Hill, why is your party begging for assistance to furnish the office?
That is another baseless rumour because we not beggars. God has sustained us; can you imagine the party that is in power at the federal level coming to beg. We did not beg when we had nothing, when we are called all sorts of names, including Boko-Haram. Now that we are inpower and God has blessed us. Who are we going to beg to furnish our office? We did not beg to acquire office that cost millions of naira, is it to furnish it that we will beg. We even have enough tables, computers and chairs to give to other political parties.

About 11 months APC came to power, things are getting worse, is President Buhari or the APC government not capable of handling the economic problems in the country?
APC came to change and to reduce the suffering of Nigerians but it is not something that one will perform magic. In The past 16 years of PDP, corruption was the order of the day. We are approaching the problem of the country the way it should be. President Buhari means well for this country. We are focused on fulfilling the change we promised Nigerians during the election. APC is taking their time so that it will not be business as usual. In the change management, we are set to actualize the process. The change means taking you from the former point to a new one. The process is what APC is doing now. In the pass 16 years, people were busy sharing our money. APC Government at the federal level is now dealing with the masses and also laying the foundation to move the country forward to the next level of development. I expect people to suffer just for the moment but one interesting thing is that both big men, small men, rich and poor are all feeling the impact of the present situation; which means the change is positively affecting our people. They say after the rain, comes the sun shine. The Bible also said that weeping may endure for the night but joy comes in the morning. What President Buhari has been doing over there, for the first time, people are being called to account for their services, for the first time too, our economy is being positioned in the situation that it will better tomorrow. It is not that we are relenting on our electoral promises; far from it. Consider the emerging economy, what would have been the faith of Nigerians if PDP had continued with their rule of impunity. Now, stolen funds are being recovered. These recovered funds will be used for the benefits of Nigerians. What is required of us is understanding and patience; to bear with the Federal Government.

What will be your assessment of President Buhari’s performance when he will be one year in office on May 29?
If am to score Buhari performances, I will give him a good pass mark; If not for any other thing, for the courage to do what he is doing; because if you diagnose an ailment, the treatment becomes easy. The president has diagnosed the problems of this country, which gives him more than a pass mark. The next thing is to administer the proper treatment that will cure the aliment.

What is your view on the allegations that the Federal Government has abandoned the construction of the River Niger Bridge?
It is not true. From the report I read recently from the Minister of Works, the River Niger Bridge is among the projects they have outlined to complete the execution. So, that allegation is false and baseless. The bridge is something that will help to boost our economy in the area of trade across Nigeria. It is the link between the West, North and East including South-South. So, nobody will stop the project.

President Muhammadu Buhari had said the people of South East may not expect high government patronage from him because they voted PDP instead of APC, what is your reaction to this?
That is not true; we are part of the change project and will reap the benefit of the change project. Ewe should not assume so. Does it mean that Ibos are not in the Executive
Council? So, we are getting patronage from his government.