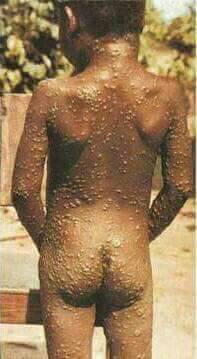 Kano State has recorded its first Monkeypox case since the disease was first recorded in the country on September 22, 2017 in Bayelsa State.

Confirming the case on Saturday, the state’s Commissioner for Health, Dr. Kabul Getso, said the case was recorded in Bebeji Local Government Area of the state.

He added that, “one of the symptoms of the disease was noticed in the patient, but we are suspecting that the diseases is more of Chickens pox than monkey pox”.

He said the suspected victim has been isolated and put on intensive clinical watch until the result of the sample sent to Abuja for clinical verification was received.

“The State also identified 60 people who had contacts with the victims and all of them have been quarantine,” he said.

The Commissioner said that a team has put the entire area where the suspected case was recorded under clinical watch, adding that the state has establishment a special clinic to handle any outbreak.

A Don, Dr Oladapo Afolabi, had on Thursday warned of possible outbreak of more zoonotic disease if the government failed to convey a national public health agenda on human-animal relationships.

Afolabi, a veterinary expert and lecturer at Crawford University, Igbesa, Ogun, made the assertion while peaking on the recent outbreak of Monkey pox in some states in the South-South and South-West.

Recall that the outbreak was first reported in Bayelsa on Sept. 22, while it spread to adjourning states such as Rivers, Akwa Ibom, Cross River and recently Ekiti, Ogun and Lagos.

The zoonotic disease was first discovered in Nigeria in 1970 when two cases were discovered as a virus in the like of smallpox which occurred in the colonies of monkeys.

Following its resemblance to smallpox, it was named Monkeypox. The first recorded case was in Democratic Republic of Congo.

Monkeypox is a rare zoonotic disease caused by contact with the monkeypox virus that belongs to the same family of viruses that include Variola Virus.

The Monkeypox virus can cause an illness with a generalised vesicular skin rash, fever and painful jaw swelling. Previous outbreaks have led to death in about 1 to 10 per cent of infected cases.

There is no specific medicine to treat the disease, but intensive supportive care helps patients to recover fully.

Share this on WhatsApp
Related Topics:"Monkey Pox"Kano State Govt.
Up Next