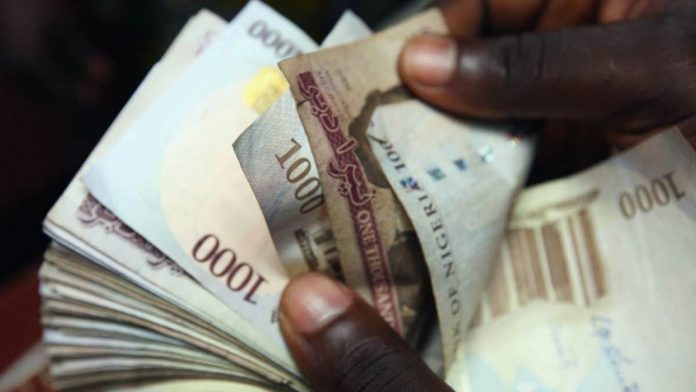 More Nigerians flocked to the black market on Monday, allowing speculators to further weaken the Naira against foreign currencies.

Nigerians see the black market as a more convenient way to avoid the lengthy process of obtaining dollars from banks and street traders are taking full advantage.

Data obtained from Aboki FX showed that the local currency traded against the United States Dollar at a new all-time low of N532/$1 on Monday.

Monday rate represents a loss of N2 or 0.38 percent when compared to the 530/$ it was traded by street traders on Friday.

In the same parallel market, Naira fell N1 against the British pound sterling yesterday, selling for N723/£1 compared to N722/£1 the previous session.

At the official market Naira appreciated marginally against the U.S dollars.

Data from FMDQ securities where Naira is officially traded, showed the Nigerian currency closed Monday trade at the Investors and Exporters window 37 kobo or 0.09 per cent stronger to settle at N411.13/$1 in contrast to N411.50/$1 on Friday.

This brings the difference between the official market rate and the unofficial rate for the dollar to N120.87 from N118.50 on Friday.

The move it is believed will help further bring liquidity to the forex markets and reduce pressure on the Naira.

The Domiciliary Account Transfer feature on online Banking platforms was temporarily inaccessible after a directive from the CBN.

For outflows the purpose of payment must be stated, including all supporting documents for foreign currency transfers to third parties such as: Form M, Form A, Proforma invoice, Medical, insurance, school fees and others.