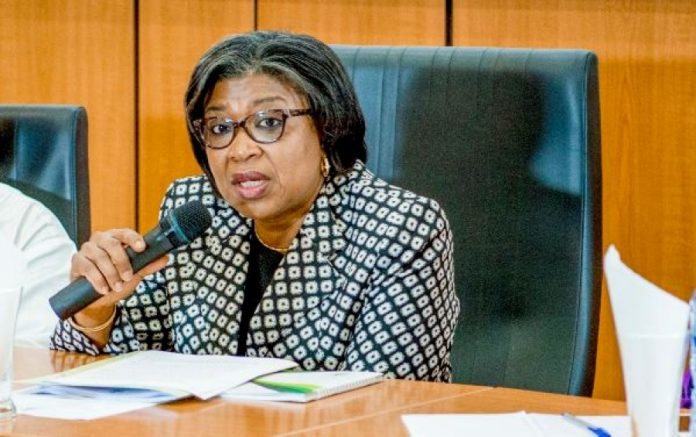 The Director-General of the Debt Management Office, DMO, Patience Oniha says Nigeria risked the debt sustainability issue if it failed to grow the current low revenue profile, which places the country in the poorest category among its peers.

Oniha, who disclosed this in a virtual media chat, said the country’s public debt stock stood at N35.465 trillion as of June 30.

“We should focus on revenue. The good thing about it is that the Minister of Finance, Budget and National Planning has started a programme aimed at growing the revenue profile. We must discipline ourselves to follow through to grow our revenue. If we continue to borrow and do nothing about growing our revenue base as other countries have done, we may have a debt sustainability challenge,” she said.

The DG explained that the issues of rising debt, high debt service to revenue ratio and utilization of borrowed funds were germane.

She said that members of the public should not lose sight of the facts which necessitated borrowing which included: “Huge Infrastructure Deficit, Recession (twice in the last six years), Consecutive Budget Deficits, Low Revenue Base, compounded by dependence on one source – crude oil – which prices crashed and at a point, at the peak of the COVID-19 pandemic had no buyers.”

Ms. Oniha stressed that Nigerians must challenge themselves and support the federal government on the need to raise revenue.

She noted that the 5% tax as a percentage of the Gross Domestic Product (GDP) was too poor for Nigeria and that concerted efforts must be made to increase the nation’s revenue.

The Federal Government was responsible for N11. 828 trillion in foreign debt and another N17. 632 trillion in domestic debt. The external debt of states and the FCT was N1.883 trillion, with a domestic debt stock of N4.122 trillion.

The breakdown of external debt revealed that multilaterals (World Bank Group and African Development Bank Group) owe the majority of the debt, accounting for 54.88%.

Commercial debt (Eurobonds and Diaspora bonds) came in second with 31.88%, followed by bilateral debt (China, France, Japan, India, and Germany) with 12.70%. Promissory Notes account for 0.54% of the total.