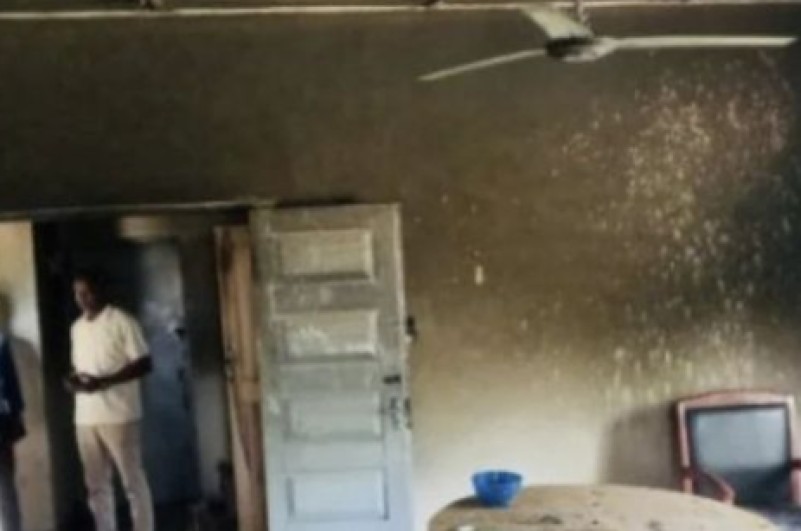 Ogun police announce N2.5m reward for information on attacked INEC office in Abeokuta
Share this on WhatsApp
Spread the love

The Ogun state Police Command has announced an N2.5 million reward for anybody with useful information that can lead to the arrest of those behind the recent attack on the INEC office at Iyana Mortuary area of Abeokuta South local government area of Ogun state on November 10.

The INEC office was set ablaze by hoodlums who sneaked into the premises in the dead of the night with loaves of bread soaked in petrol, which they threw into different parts of the building before setting it on fire.

In a statement released today December 5, the spokesperson of the state police command, SP Abimbola Oyeyemi, stated that the state Commissioner of Police, CP Lanre Bankole, has since directed the State Criminal Investigation Departments of the Command, to commence an investigation, with the view to unravel the arsonists behind the devilish act.

”In furtherance to the directive to get to the root of the matter, and bring the perpetrators to justice the Command has resolved to reward anybody with credible information that will lead to the arrest of the perpetrators with the sum of #2.5 million.

In view of this, any member of the public with useful information that will assist the command should come forward, and be rest assured that such information will be treated with the utmost confidentiality.” the spokesperson said

Man posing as a job applicant cut off lady’s nipple