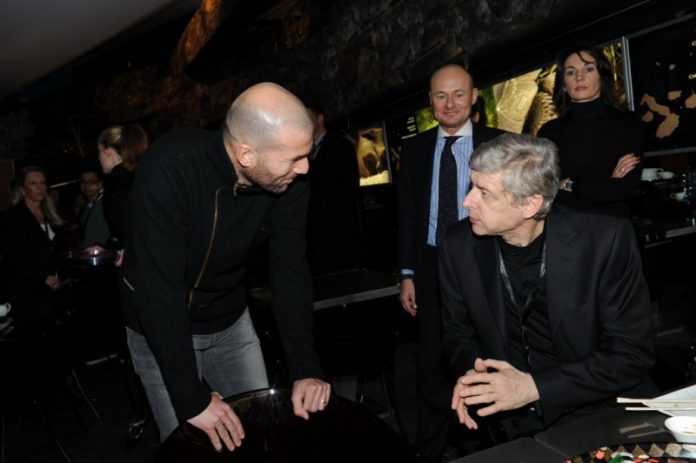 He walks away from the biggest job in world football and the opportunity to become the first manager to win four straight European Cups. And he does it less than four days after leading Real Madrid to their third consecutive Champions League crown.

He used the word “desgaste” — the same choice of terms used by Pep Guardiola when he left the Camp Nou six years ago — and it has a specific meaning. “Worn out, out of gas.” And yet he also said he wasn’t tired: “I’ve been doing this for three years, I’m certainly not out of energy.”

The great French stone face was once again inscrutably Sphinx-like.

He echoed the old football maxim whereby if you want to keep winning over time, every few years you either need to change the players or the coach.

“The time is right,” he said. “It’s not a decision I’ve taken lightly. I thought about it carefully and it’s the right decision, even though I imagine many may not agree. After three years Real Madrid needs a change, another way of working, another idea, if we are to continue winning. I feel it’s going to be difficult to continue winning. And because I’m a winner, I’m going.”

Do we take this at face value? Is he leaving because he knows that victory in Kiev can’t paper over a season that saw Real finish 17 points out of first place in La Liga, and in the Champions League, get outplayed for long stretches by Tottenham, Paris Saint-Germain, Juventus and Bayern?

Maybe. But even then, the enormity of walking away while on the verge of further cementing his place in football immortality is staggering — particularly since this is a team that is built to win here and now.

The average age of the starting XI is 29, most of the regulars are locked in through 2021 or beyond and most are on the sort of wages that make them difficult to sell. But perhaps that’s not how Real Madrid president Florentino Perez saw it. Perhaps after three summers in which not a single starter was added — the last two, Toni Kroos and Keylor Navas, arrived in 2014 — the plan for 2018 was to blow up the team and rebuild.

Maybe the post-match statements from Cristiano Ronaldo and Gareth Bale — with both men talking, albeit in different circumstances, about hypothetically moving on — weren’t entirely coincidental. Maybe they knew this would be the summer of upheaval and they wanted to test the waters early. And maybe Zidane simply did not want to be part of a rebuild. It’s a theory, and a popular one. Whether it corresponds to fact will likely be revealed in the coming weeks.

So what’s next for the club?

If the above theory that we’re on the verge of a massive rebuild is incorrect, you’re tempted to back the candidacy of Guti as the replacement. Like Zidane, he was part of the Galacticos, he spent 24 years at the club as a player and he’s been coaching at the youth level for five years. He’s not going to command the respect Zidane did (nobody will), but he’s the insider and the continuity candidate.

If all this group is getting is a tweak, if you still need somebody whose main job is keeping the “panoladas” at bay, the fans happy, the media subdued and the egos in check, then Guti is as close to the ideal candidate as you’re going to get. (The alternative here is Santi Solari, the current coach of Castilla. Similar charisma, similar history as part of the Galacticos, though obviously less of a Bernabeu lifer.)

On the other hand, if the squad is to be rebuilt, given a new philosophy and formed with a new identity, you can push the boat out.

Mauricio Pochettino? His style of football would represent a fairly strong break from the past — possibly the most jarring change tactically since Benito Floro a quarter of a century ago — and of course, he has just extended his contract with Tottenham, which would mean entering the circle of hell that is a negotiation with Daniel Levy.

Maurizio Sarri? He’d arguably be an even more extreme philosophical shift, plus you wonder whether he has the personality to handle superstars at this level.

Antonio Conte? His drill-sergeant ways don’t seem to be a great fit for a squad that have won everything. It worked for a while at Juventus because years had passed since they won silverware. It would be different at Real.

Arsene Wenger? Florentino did twice pursue him in the past, and he’d be the romantic choice. But still …

There will be time for Perez to weigh up the options. What’s clear is that Zidane leaves the way he arrived. He’s not somebody who needs the job or the trophies or the adulation. His silverware — he won nine of the 13 trophies he entered in less than two and a half years — isn’t his way of keeping score, either. Zidane says it’s a hasta luego(see you later) rather than an adios(farewell), and that he won’t be coaching anytime soon. I mean, why would he? He leaves at the very top.

And whether it’s out of the ultimate sense of responsibility — Real needs change, some form of “creative destruction” to stay at the top, and by definition, he can’t be a part of it — or because he’s simply had enough of the daily goldfish bowl, Galactico whispering and babysitting that the job entails, the fact remains: