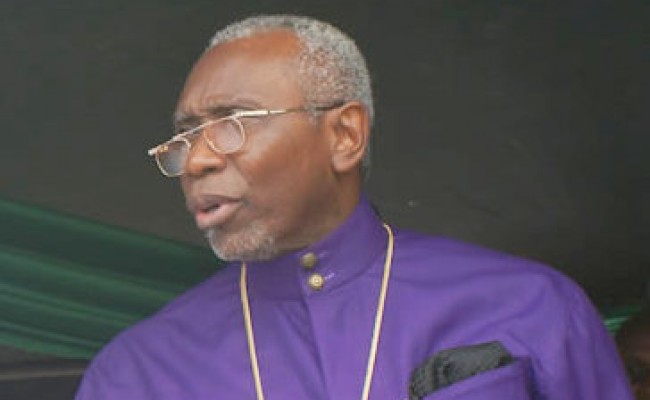 As activities climax for election of news leaders of the Christian Association of Nigeria (CAN), jostling, mudslinging and mistrust have not been short in coming. Attempt to get the out-going National President of the association, Pastor Ayo Oritsejafor, talk on the election and other concomitant issues was only met with half, involuntary response, though chose to speak on his church and other spiritual matters.

IN a few months, you will relinquish your post as President of CAN, what is the preparation?
There’s nothing I have to prepare than to do my handover notes.

CAN appears disunited given the acrimony and mistrust being displayed by members of the association in the build-up to the May election, is anything being done to put the house in order?
You are trying to get me to talk but I will not talk because I decided not to talk. It’s my decision. The only thing I will say to you is by the grace of God, in a few months time, I will have finished my mandate from God and from man to lead the Christians in Nigeria. By the grace of God, I want to also believe that CAN will still be there as an organization that has five blocs, five groups of Christians and it will continue from there. I think I have done my best and played my part and I’m sure others will come and take it from there and I pray for them that they will do better than I did in Jesus name.

When is Word of Life Bible Church going to branch out?
The moment God gives an okay, we will. I’m willing, but I just want to get a clear word from God

But you have teaching centers all over the place, why can’t they be turned to parishes and branches?
God has not said so. The moment He says so, we will do it. We pray and talk about it. We want it, but we must wait and listen. Because if God does not tell you to do something, don’t do it because when the time comes when you need God, He will not be available. He only backs what He instructed you to do. If you do what you think is good, a day will come when what you think is good will need help because we will all need help at one time or the other, but when you go to Him for help, He may not respond because the question is did I tell you to do it? If He told you to do it, when the challenges come, He will back it and find a way out for you. But if He never told you to do it, you are on your own. And I will hate to be on my own. Not in this dangerous world we live in now where brothers are betraying brothers and people are destroying each other. If you are on your own, it’s a very big problem. So that’s the only thing.

What effect does the just concluded convention have on the nation Nigeria?
First of all, tomorrow is for everybody. Tomorrow is made available for every nation, for every people. Like Mama preached today, among so many things she said, I think the major one is the issue of preparation. A nation that does not pre-pare itself for tomorrow, when to-morrow comes, then tomorrow will go. It will come and it will go and you will look at the nation and you will not be able to see the effect of tomorrow because the nation was not ready for it when it came.
Tomorrow is not complicated if you prepare today. It only becomes complicated if you have not prepared. For me, Nigeria and Nig-erians, must begin to take the time to prepare. And we must begin to also understand that everything we do is preparing us either positively or negatively for tomorrow. And I heard her say something that is a popular saying; if you don’t prepare, you have already prepared to fail. Whatever attitude we have today, the way we handle what is going on with us as a people, as a nation, as individuals, will only manifest itself in a certain way, either positively or negatively when tomorrow comes. It just depends on what we do today.

As a nation, are we preparing for tomorrow?
To be honest with you, if you ask the average Nigerian, he will say yes we are. But I don’t think we are preparing. I don’t think we fully comprehend the fact that tomorrow is actually coming. That’s the way I look at Nigeria right now. It will come whether we like it or not. When you see our attitude to each other, the way we treat and relate with each other, a lot of things make everything look so negative. If everything to the left and right and everywhere is negative, then what do you expect tomorrow to be? For me, I don’t think we are preparing.

What then should be done as preparation?
What we must do is what many people have said and continue to say. First of all, we must move closer to God because your knowledge of God affects your mentality; it affects your relationship with others. Some people may not understand this but there’s a difference between being religious and being close to God. You can be very religious and yet you are far away from God. Nigeria is a very religious country but are we really close to God? So that’s a question on its own. I think it’s a question we need to answer as individuals, collectively as a people.
If we are not, then the foundation is not very good. We need to be close to God. To me, that’s the number one thing. If we are close to God, then we have the most important ingredient that will propel us for tomorrow. If we are close to God then it sharpens our minds and capacity to handle things that will come up tomorrow. I was saying in the church, I went to Israel, and I met a Jew. We were in a bus together. My question to him was; God said I will take you to a land flowing with milk and honey. So I said I’ve come to Israel several times and I’ve found out that this land is a desert. So where is the milk and honey? And he said to me, it is here (pointing to his head). He said the milk and honey that God was talking about is not necessarily the land, He was saying that is a location where I will want you to settle down and I will use your mind to change the location.
My point is what will make Nigeria manifest its greatness is in our minds because wealth is not money but mental capacity. God did not make any human being without giving him the capacity to think and create. Look at what they have done with a desert; turned a desert to a blossoming land. Most of the flowers that are supplied around the world today come from Israel. A lot of agricultural products today come from Israel. Talk about technology, computer; if all these can happen from a desert, imagine what will happen from a land that is this fertile.