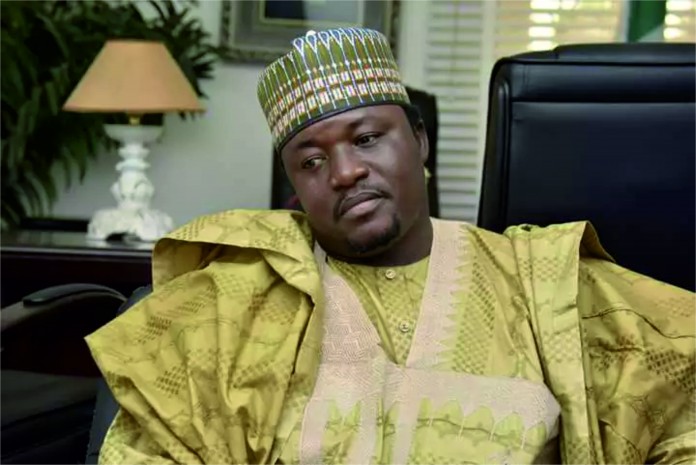 Alhaji Yerima Shettima, National President, Arewa Youth Consultative Forum, a human right activist, in this interview with CYPRIAN AJAH in Lagos, speaks on the one year anniversary of President Muhammadu Buhari, among other national issues.

HOW would you rate the government of President Buhari in the last one year?
The President has not done enough in the last one year because the expectations of Nigerians from the government are high. Out of the four years he has to spend in the office, he has only two years to show excellent performance and nothing has been shown for the last one year. His body language does not show that he will perform well before the expiration of the remaining one year. Though, I stand to be corrected. It is true that sixteen years the PDP has ruled this country lot of things were misplaced but anybody coming to rule a country must be prepared to correct the mistakes of his predecessors, this, we have not seen in President Buhari’s government. This is why lot of things are not going on smoothly. Look at the drama of budget from the presidency to the national assembly and back to the presidency; it took time to be corrected. We all know that many things went wrong in the previous government and Nigerians believe that the new government has better plans to address these problems but from all indications, it has shown that they were not prepared to govern the nation or have what it takes to impact positively in the lives of Nigerians. The president says one thing, Lar Mohammed would say another thing, Ibe Kahikwu will also say another while Femi Adesina will conclude it. For instance, the presidency admitted that Mr. President was sick but Femi Adesina said he was not sick but Nigerians should pray for him. On the issue of fuel saga, the president statement was different form Kachikwu and Lar Mohammed including other issues the minister of Information and Culture had hit differently. So, it is a government of many mouths. The government has only one year to show what they have for Nigerians but I do not see them performing wonders in the next one year. Where I am so much worried is the relationship between this government and International Monetary Fund (IMF) the policies of the agency has much influence on the economy of Nigeria. I hope we will not run into their trap where the country will not be independent of their economy.

President Buhari has given Nigerians the impression that he is fighting corruption with every commitment. What is your take?
The president is really doing well in that aspect. I give him pass mark for that but his body language shows that he did not understand the meaning of corruption because the team he works with is it not corrupt? Are they really working in same line with him? Even his party, did they work in same direction with Mr. President? Buhari as a person is not corrupt. He has integrity, but is his team the same with him? How can a man that has been in power for sixteen years because he found himself in the new party, his corruption for sixteen years will be overlooked or washed away because he found himself in the APC so his sins should be washed off completely because he has been baptized in a new party. That is injustice. So, I am beginning to see that the fight have been perceived by the public as a sectional fight. If you see anybody that says that this government is doing well about corrupt people in Nigeria then I stand to be corrected. But going by the records of what we have seen, it is not right to believe that the fight worth it.

Do you agree with those who say President Buhari has done well on security by subduing the Boko Haram insurgents?
I commend the gallant soldiers of the Nigerian arm forces for having fought well. I commend them for the wonderful work they have done in the north east. But as I speak with you attack is still going on there every day but the issue is that at this level we found ourselves, one should expect that the government should have a total control of crimes because there is abject poverty in the land. But that is not true. Those that are engaged in various works have not been paid. One should expect that the reactions and actions of the people in the society more crimes could be witnessed because both the government and cooperate bodies cannot afford to pay salaries to the workers. The federal government said that it has discovered about ten thousand ghost workers where are those people? So, if you look at the people that have been rendered homeless you will also know that crime is inevitable. Look at what is happening in the Niger Delta where bombing is the order of the day and kidnapping being witnessed all over the nation, it is a signal that the country is in trouble. It is no longer news to hear that somebody has been kidnapped. Some will tell you that it has become normal. What people don’t know is that the civil servants steal the treasury of the government and get away with it now. But what the government tells us was to make sacrifices for the country to move forward. Are the governments officials in those areas make same sacrifices for the country to move forward or backward? They ask us to buckle our belts when there is none to buckle. For how long will this continue? So, if the government wants us to make sacrifices they should also be ready not to buy expensive cars for themselves and save the money to pay workers adequately. They should be able to practice what they preach and lead by example.

Do you agree with protests that President Buhari has been deliberately silent on herdsmen wanton destructions in local communities?
Let us not be sentimental about this matter. Two issues are involved in this matter. The Niger Delta Avengers has a medium by which they communicate to the government and the public. They are on the internet and other social media platform. The Fulani are not. How are we sure that the people we are talking about are the Fulani? Some people may carry gun and enter the bush steal people cows, properties and other valuable items while those who don’t know them call them Fulani herdsmen. Why was the issue of Fulani not there in the past? Why did it come up now that President Buhari is in power? Why must it happen now? These are questions people have not asked. Could this not be a plot by some people to distract the attention of the government in power? As we discuss Nigerian problems, we should be seen being more liberal and objective and say things the way it is. I don’t share that sentiment because nobody can come out and back his claims on the issue of Fulani herdsmen. But we could see the issue of Niger Delta that would claim responsibilities of what they did. Have you ever seen a Fulani man that has come out and say I or we take responsibility of this or that action? Nigerians should not be sentimental about this simple because President Buhari is a Muslim and a Fulani as well. If we continue to approach national issues on ethnic background, it might result to ethnic war in the country which is not good for our nation. Everybody in the country should be seen trying to solve the problems but not contributing negatively to it. Even as we analyze the policies of the government, we should also be seen contributing to solving the problems than alleging what was not true to an ethnic group. Those who said that they need the war should have a re-think because you cannot declare war against the state and win it comfortably. So, whatever group that feels aggrieved should channel their grievances to the government through the appropriate quarters and make their demand known through civil means. Any group that has taken weapon against the government should drop their guns and embrace dialogue for the peaceful co-existence of the country.

Do you subscribe to the grazing bill that is before the national Assembly that may give hectares of land to the Fulani herdsmen?
I do not. Who will provide the grazing land for them? Is it the government, individuals or the community?

The bill suggests states in Nigeria. Do you agree with the suggestion?
Then who will run the other expenses as regards to food importation and whatever that is needed to run the grassing land? The government should be sincere enough to tell us how it will be provided and who will run the grassing land. They cannot take us to a river and allow us drawn there. Cow rearing is a personal business; it is not the business of the government, so they should be able to tell us how it will be ran without conflict arising from it. The cows you see on the streets does not belong to one person, it belong to hundreds of people that matter in the society. If you give grassing land to them, it will cause more trouble in the country. The government should leave it the way it is now. If you give them grassing land other herdsmen from other parts of the world will come to Nigeria and settle. The herdsmen move in exodus. The government should be concerned about what will come out of the bill should it be passed by the national assembly. They should not use us to run their businesses and jeopardize the lives of the people of Nigeria.