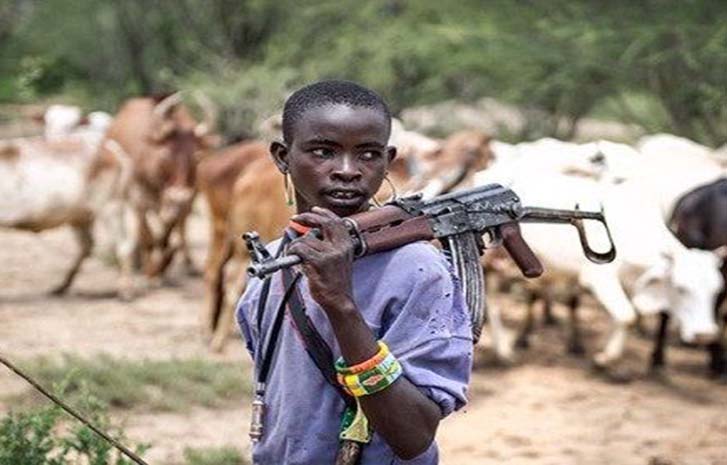 The Human Rights Writers Association of Nigeria (HURIWA) has taken on President Muhammadu Buhari over the seeming unwillingness of the Federal Government to firm actions against the Fulani herdsmen that have been killing innocent citizens in Benue State. The group bemoaned the Tuesday bloodshed by Fulani gunmen in Gwer Local Government Area, Benue State, where 19 worshippers who attended early morning mass at the Church and two priests were murdered.

The group chided the president that it is not enough to make press statement condemning the nefarious acts of the Fulani herdsmen, saying that the president needs to take firm security measures to protect lives and property in Benue State and other parts of Nigeria.

HURIWA protested that  “the Buhari administration is watching whilst the country gradually sleep walks into a full blown civil war due to the mass killings by armed Fulani herdsmen and their hired freelance armed terrorists who have continued to have free reign of maximum terror even when the Fulani who dominate military commands and control security forces watch the pogrom.”

“HURIWA stoutly condemned the failure of President Buhari to declare armed Fulani herdsmen and the identifiable platform – Miyetti Allah Cattle Owners Association, as a terrorist group,” the group declared in a statement on Wednesday; while it “called on the international community to intervene so that the Nigerian government can be compelled to do the needful to check the killings.”

The Rights group warned that refugees from Nigeria will soon flood neighbouring countries which may create nightmares for the global refugees commission of the United Nations.

In the statement signed by the National Coordinator, Comrade Emmanuel Onwubiko, and National Media Affairs Director, Miss Zainab Yusuf, HURIWA expressed pessimism that Africa will be destabilized if the international community continues with the apathy and lackadaisical attitudes of not intervening to end the carnage;   watching Nigerians being slaughtered in their own country by Fulani herdsmen and other affiliate terrorists.

HURIWA protested:  “Crimes of epic proportions are being perpetuated by Fulani herdsmen but the United Nations and World leaders are doing nothing, may be because we are blacks. One of the top officials of UN group in Nigeria is Fulani and Moslem.

“Nigeria is at the precipice of an imminent civil war if the coordinated mass killings by armed and motivated Fulani herdsmen and their registered association are not brought to justice by declaring the organization as a terrorist group and the leaders who had made statements in the media directly claiming responsibility for the attacks on farmers arrested and prosecuted.”

HURIWA blamed the Nigerian internal security heads all of whom are of the same ethnicity and religion from the North, just like the suspected killers, for not adopting proactive actions to stop the killings across the country.

Chinny Okoye, other women of The Circle talk tough about 2019 politics