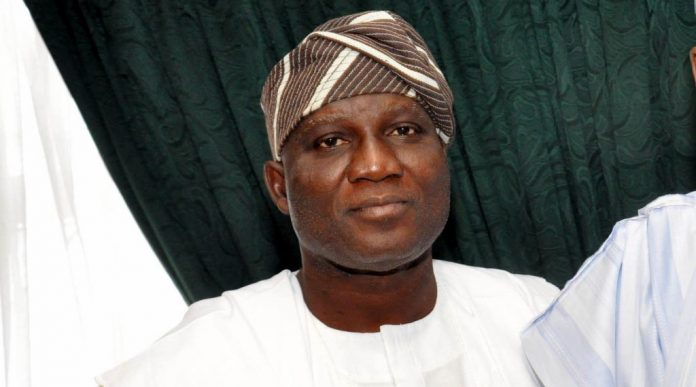 Former Deputy Speaker of the House of Representatives, Hon. Lasun Yussuff, has revealed how his party, the All Progressives Congress (APC) rigged the 2018 governorship election that brought Adegboyega Oyetola into office, saying the party lost the said governorship election.

Lasun also revealed that the current Deputy Senate President Ovie Omo-Agege, was compensated for his current office because of two roles he (Omo-Agege) played in 2018 in Osun state.

Speaking with newsmen at the APC national secretariat Thursday in Abuja, after he picked his nomination forms to contest the party’s governorship ticket, Lasun warned that “Nobody born of a woman can repeat what they did to me in 2018 because I was rigged out.”

Recall that the Independent National Electoral Commission has declared the candidate of the All Progressives Congress, Gboyega Oyetola, the winner of the 2018 Osun governorship election.

Mr. Oyetola was returned as governor-elect on Thursday at the end of a supplementary election which was held in seven polling units across four local governments.

The APC candidate won six of the seven units amidst allegations of harassment and other forms of malpractice.

Although Mr Adeleke, the PDP candidate had led his APC rival with 353 votes at the end of the first round of ballots, the table turned the other way after the supplementary votes with the APC candidate overtaking and beating the PDP candidate with a total margin of 482 votes.

However, the supplementary election which gave the edge to Mr Oyetola was marred by irregularities and intimidation perpetrated by political thugs despite the huge deployment of security operatives at the polling units.