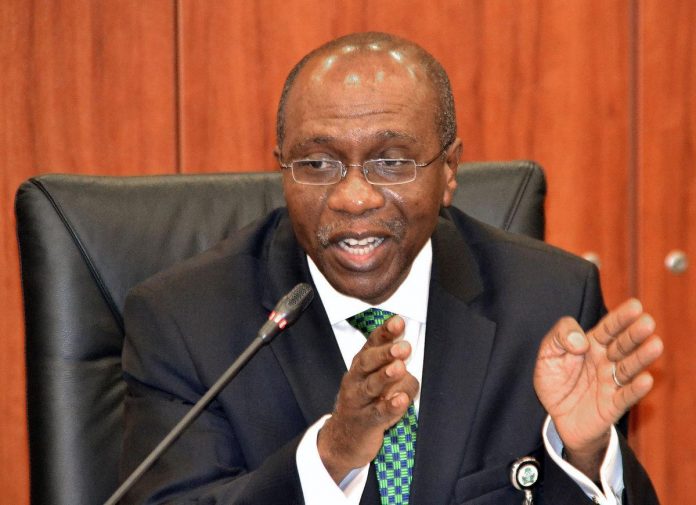 I have been following the discussion closely. The interest and passions are germane especially given the sensitivity of the CBN and its role in our everyday lives

Few weeks ago, a close confidante told me that the CBN Governor hinted his close circle within the bank that he would throw his hat into the ring. I doubted the gossip but now, it’s clear he is indeed in the race. Fair enough.

Why do we feel so insenced and enamored about it? Do we have to continue recycling the so called professional-politicians in power? In my opinion, we need as broad a spectrum as possible to choose from. The ultimate power to decide who would lead is in our hands. We cannot be complaining of bad leadership at every turn and then be complaining that someone unusual is offering himself as a potential choice for the same leadership, to broaden the space. That would be contradictory.

Also, being a CBN Governor does not take away his right to vote and be voted for, guaranteed by the constitution. Our law books envisaged the probability of conflict of interest that may arise when public officers engage in active partisan politics and therefore recommended a 30-day period to resign from office. I believe he would comply with the requirement as appropriate.

Talking about resignation, the VP is still in power and is a candidate. If the President had not done his full two terms and was eligible to contest again, he would have still remained in office. And metaphorically, it is the president who appoints the CBN Governor. If we see nothing wrong in the President, VP, Governor, senate president, deputy governor, etc, remaining in office to contest election, how come we feel so passionately about their appointees doing the same? Who can be tempted to abuse power more than the president or governor? Who has more reach to our vaults than both of them?

On the matter of his performance, I beg to differ. The historical data on our exchange rate management does not support the claim that Emefiele is the worst CBN Governor ever. In 1999, the USD exchanged for ₦22. By 2015, it had risen to ₦204. Today it is hovering between ₦415 – ₦420 at the official market. Taking a time-series analysis, we can plot that the rate of devaluation has slowed down in the last 7 years compared to the previous 16 years. Indeed, the annual rate was around 15.5% pre 2015. It has slowed to around 13% post 2015. However we look at it, we have a very bad economy that took several decades to ruin and rundown. Our import dependency is cancerous to our exchange rate management. No matter the genius of the CBN, the current system would continue to plunge our fx rates until we are ready to face the reality. All of us.

One of such realities is the fuel subsidy madness. Every monetary and fiscal authority has told us about the real cost of the scheme. We as a people have remained entrenched in the scheme. And the scheme is responsible for 50% of the pressures on our FX yet, our labour leaders and opinion molders remain adamant. The opportunity cost of the low fuel prices we pay, is the high cost of foreign exchange we pay. The subsidy regime is our worst economic monster, not Emefiele. Not PMB. Not APC or PDP. We sink deeper into the grave every minute that system stays.

TO cure it, the CBN went above and beyond to delve into development financing. Those who seek Emefiele to destroy would not tell that the creative methods of the current CBN Governor to use sterilized CRR funds to finance key sectors of the economy, has contributed significantly to keeping people in employment and reducing interest rate on credit. The cost of borrowing has been the lowest under the current governor compared to times past. There have been improvement in access to finance and financial services through many innovations such as agent banking, mobile banking, bank neutral cash hubs, internet banking, etc. Our banking system is one of the most sophisticated and advanced in the world. That did not happen by accident. People put their hearts and minds to work it out under Mr. Emefiele.

I would rather an experienced technocrat leads me and my children than most of the despicable yahoos, popping up from everywhere with stolen funds to declare to preside over a country they all contributed to ruin.

The ultimate decision of who would succeed PMB is that of millions of voters. Not few of us with access to social media. Let Emefiele contest!