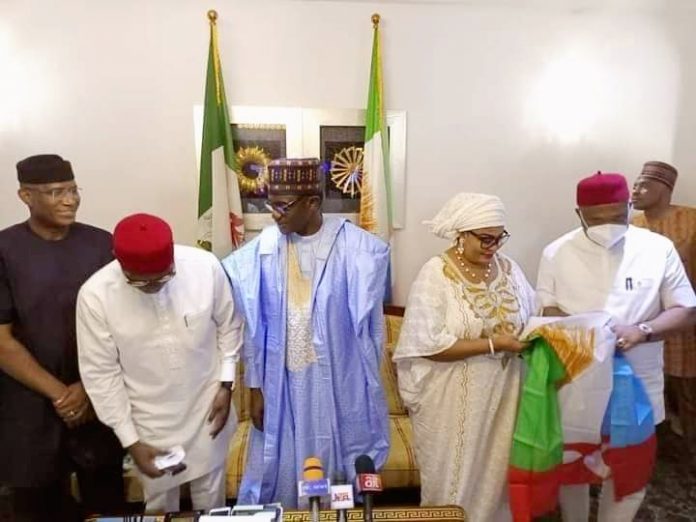 Anambra Sen Stella Oduah has also been named in the biggest leaks of shady financial deals the world has ever witnessed—the Pandora Papers.

According to the ICIJ-led investigation by 600 journalists across over 150 media houses, including the Premium Times that first broke it, the senator acquired seven properties worth millions of dollars while she served in the last PDP government.

She bought one through her name, two through her Nigerian-incorporated firm, and four secretly through her Seychelles offshore company—International Trading and Logistics Company Limited (ITCL) .

Seychelles is a commonly used secrecy and tax haven.

Oduah who just defected from the PDP to the APC reportedly used the company to acquire the four London properties worth a total of 6.7 million pounds between October 2012 and August 2013.

The former aviation minister is not new to financial scandal. She drags a chain of allegations of fund mismanagement around up till now.

Oduah was indicted by two panels, which probed the purchase of two bullet-proof cars by the Nigerian Civil Aviation Authority (NCAA), an agency under her supervision, for N255 million in violation of Nigeria’s public procurement and appropriation laws.

Her estate dealings were hidden when the first scandal broke in Nigeria then.

“Records show that none of the four properties was bought with mortgage financing, meaning Ms Oduah secretly routed 6.7 million pounds through her offshore company to anonymously effect the acquisitions,” Premium Times reported.

“Ms Oduah’s houses are among the 234 U.K. properties our collaborative investigation showed were anonymously acquired by offshore companies, with Nigerians as ultimate beneficial owners. The investigation exposed the hidden identities of the true owners of the properties bought in the so-called envelope structure that offers confidentiality benefits, which in the case of Nigeria public servants like Ms Oduah, mean a way of blocking the Code of Conduct Bureau from knowing undeclared assets.”

On September 14, 2012, about one month before the purchase of the 5.3 million pounds Edmund Terrace property, SPGCL wired $71,973 bank transfer to Daniel Ford & Co., a UK property agency commonly used by Nigerian business and political elites investing in the UK property market anonymously, according to a leaked suspicious activity report submitted by Deutsche Bank to the U.S. financial intelligence agency FinCEN.

Deutsche Bank had helped facilitate the U.S. dollar transfer, acting as a correspondent bank. Reporting that Oduah is the owner of SPGCL in its suspicious activity report, Deutsche Bank reportedly said it suspected the payment to Daniel Ford was money laundering.

Meanwhile, as she used ITCL Seychelles, she also invested in the UK property market through ITCL Nigeria, also while serving as minister.

After her assumption of office in 2011 as aviation minister, she used ITCL Nigeria to buy Flats 303 and 306 Grant House, 90 Liberty Street, London SW9 0BZ for 475 thousand pounds each.

Sen. Oduah would not confirm if she declared all these in her CCB asset declaration form as public office holder in Nigeria.

Many of the corrupt politicians named in the leaks did not level up in the declaration, which is a violation of the Nigerian constitution.

Former Dep. Senate President Ike Ekweremadu is among those earlier identified with a string of estate properties all over the world.

According to the newspaper on the Pandora Papers, Oduah didn’t reply to inquiries for her own side of the story.