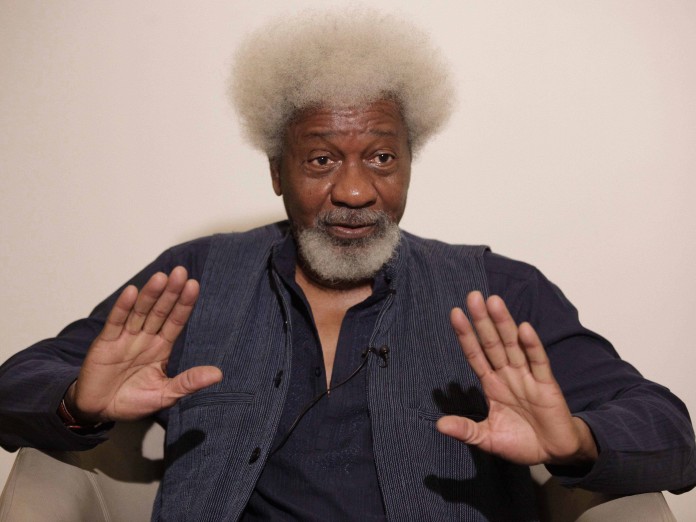 Nobel Laureate Wole Soyinka has joined many other Nigerians to condemn President Muhammadu Buhari’s indifference to the menace of Fulani cattle herders that have been killing and kidnapping without let or hindrance.

“The leadership of any society cannot stand idly and offer solutions that implicitly deem the massacres of innocents mere incidents on the way to that learning school,” said Soyinka on Wednesday while delivering an address to the National Conference on Culture and Tourism,

Buhari’s critics have generally believed he has been shielding his tribesmen whose recent atrocities in Benue, Kaduna, Ondo, Oyo, and Enugu have been of concern to many, especially in the south and north central.

“I have not heard an order given that any cattle herders caught with sophisticated firearms be instantly disarmed, arrested, placed on trial, and his cattle confiscated.”

True, the president hasn’t laid it in the line to hammer the murderous herdsmen. But he has made statements at various times, giving 18 months  during which grazing zones to be established across the country will end cattle rustling pitting the roving Fulani against the farming communities along their grazing path.

The literature professor believes that plan is blinking over realities, and that it not only worsen the situation, but also encourages violence by the nomads

“I have yet to encounter a terse, rigorous, soldierly and uncompromising language from this leadership, one that threatens a response to this unconscionable blood-letting that would make even Boko Haram repudiate its founding clerics,” he said.

Hundreds of people, especially women and children in the Agatu community of Benue were massacred by the herdsmen last month following a clash between the farmers and the Fulani.

Another community in Enugu was attacked by the nomads on the weekend, too, leaving many dead and a whole community deserted.

Although the presidency came up yesterday condemning the Enugu attack, and ordering the herdsmen to be brought to book, many Nigerian believe Buhari responded a hair too late.

For the 18-month plan, nothing specific has come up yet, except the grazing zone bill the presidency claims to have forwarded to the National Assembly.

But the bill is already generating controversies.

Oyo, among other states in the south, has vowed to resist the establishment of any grazing zone in the state. The federal lawmakers even said recently there was no bill like that with them.

What worries many now is the number of lives that will be lost before the solution is ready.

“For every crime, there is a punishment, for every violation, there must be restitution. The nomads of the world cannot place themselves above the law of settled humanity,” Soyinka said.