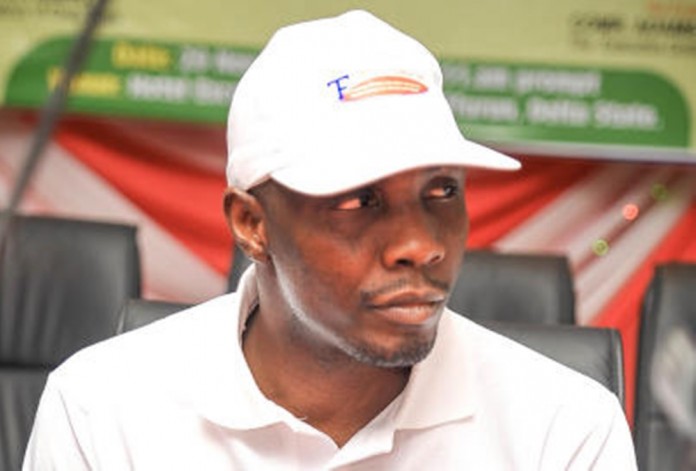 Former leader of the Movement for the Emancipation of the Niger Delta (MEND), Chief Government Ekpemupolo, alias Tompolo, has written an open letter to President Muhammadu Buhari, indicating his intention to meet with the President on the Niger Delta crisis so as to tell him “my side of the numerous stories that have been inundated about me.”
Tompolo, in the open letter to the President, revealed himself as the Chief Priest of Egbesu Shrine, which is the traditional worship centre of the Gbaramatu people, lamenting that the military had not returned his symbol of authority removed from the traditional temple about a month ago.
The ex-militant leader hinted that it was in the interest of the coutnry for the Buhari to employ dialogue, stressing that he should learn from the 2009 invasion of Gbaramatu kingdom and the resultant offer of amnesty by the late President Umaru Yar’Adua when military option failed.
The open letter reads inter alia, “Mr. President sir, please permit me to quickly recall a similar incident that occurred in May, 2009, when this same military invaded several communities in Gbaramatu kingdom, under the command of late President Umaru Musa Yar’Adua. Traditional worship centres were desecrated, property were looted and above all, the multi-billion naira ultra-modern magnificent palace of the Pere of Gbaramatu kingdom was burned down, and his golden crown was stolen by the military.”
While recalling the 2009 invasion, Tompolo lamented the failure of the Federal Government to pay the N99 billion compensation to the embattled community as was directed by the court.
Tompolo noted that the kingdom approached the courts and demanded compensation for the unlawful invasion and destruction of property because of their peaceful disposition and belief in the rule of law.
ALSO SEE: Dialogue with Avengers is dialogue with Tompolo – Akpodoro
“After seven years of that sad incident, the Federal Government is yet to pay the compensation. This incident also led to the declaration of the Presidential Amnesty programme for peace to reign, as the government found out that military action is not the best way to address the Niger Delta question, and the rest become a history in the life of those who led that invasion. I believe Mr. President should learn a lesson from the 2009 military invasion and do the needful,” he cautioned.
Tompolo reiterated his appeal to the President to direct the army to return items, including a golden sword, that is the symbol of authority of the Gbaramatu kingdom and other artifacts looted from shrines in Oporoza.
“Today is exactly 31 days after (another) invasion of the traditional headquarters of Gbaramatu Kingdom, Oporoza town, by your military led by Brig. General Faruk Yahaya of the 4th Brigade, Benin City, with the allegation that I am the one behind the bombing and destruction of crude oil facilities in the Niger Delta region. I was informed that the army was on the loose, and committed so much abomination in the community. The military made away with the symbol of Authority of the Gbaramatu people from the Egbesu Shrine, which I am the Chief Priest. They also made away with other valuables worth several millions of naira from the community,” he stated.
“The most annoying one is the purported arrest of 10 young promising men most of whom are orphans, who are secondary school students sitting for the West African Senior Secondary School Examinations (WASSCE) and other palace staff, and labelled them as members of the Niger Delta Avengers. As I write you now, these innocent young promising men are still with your military for no reason. This is truly man’s inhumanity to man in our own country. We are presently being treated like conquered people because of crude oil,” Tompolo protested.