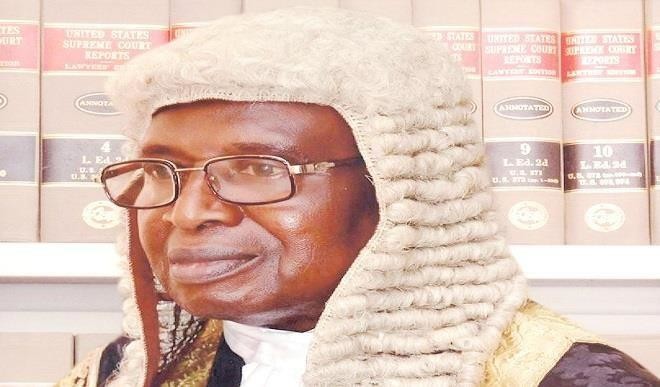 The National Judicial Council chairman and Chief Justice of Nigeria Walter Onnoghen, has picked retired Justice of the Supreme Court Suleiman Galadima to head the Corruption and Financial Crime Cases Trial Monitoring Committee.
Galadima is replacing Ayo Salami, the retired president of the Court of Appeal, who belatedly rejected Onnoghen’s appointment because the judiciary abandoned him during his travail under the last administration.
The committee will be inaugurated Wednesday by Onnoghen, at the Council’s Conference Hall by 2pm, according to a statement by Soyi Oje, director of information of the NJC.
Some of the suspects on high-profile corruption trial had run into Galadima when he was member of the Supreme Court.
During his false asset declaration trial in 2016, Sen. President Bukola Saraki had his appeal on jurisdiction of the CCT to try him thrown out by the panel whose members included Galadima.
The justice is also well known for his leading judgement in Shina Oketaolegun Vs. State, SC. 334A/2012, where he held that the Court of Appeal correctly reviewed the evidence led by both the prosecution and the defence. He agreed that the evidence of one credible witness can justify conviction.
Born in October 1946 in Nasarawa,  Galadima attended Government College Keffi where he obtained the West Africa School Certificate in 1965. He proceeded to Ahmadu Bello University where he obtained a bachelor’s degree in Law in 1977.
ALSO SEE: Powers in APC hatch new plan to freeze out Oyegun as hostilities hot up
He was called to the Bar after he graduated from the Nigerian Law School in 1978, and got a master’s degree in law from the University of Jos in 1985.
His judicial career started in the Anambra State Judiciary where he was a magistrate in July 1988, and was appointed Attorney General and the Commissioner for Justice, Plateau, in 1990.
In May 1991, he became High Court Judge in Plateau State. At the creation of Nasarawa State in 1996, he was appointed pioneer chief judge of the State.
On December 9, 1998, he was appointed to the Court of Appeal and in August 2010, he was appointed to the Supreme Court of Nigeria.
He retired on October 10, 2016, at the mandatory retirement age of 70 years. 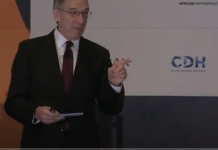